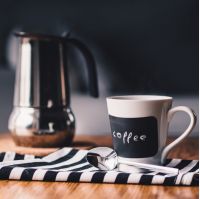 It's been a while, but back by popluar demand....

This August we've selected just five news stories we found interesting.
By no means an exhaustive list so be sure to follow us (social media links at the bottom of the page) for our latest thoughts...

So, in no particular order....

Well… let’s just wait and see….
Obama has just revealed his “Clean Power Plan”, the basis of which is a nation-wide 32% reduction in carbon emissions from power plants by 2022.  An increase from 30% but also a time extension of 2 years.  Renewables have been given an explicit boost with encouragement to “Drive more aggressive investment in clean energy technologies than the proposed rule, resulting in 30 % more renewable energy generation in 2030 and continuing to lower the costs of renewable energy”.

This long-awaited outline also has the highest level of support yet from signatories such as eBay, Nestle, Unilever, L’Oreal.  Though we’ll be seeing opposition from the likes of America’s Natural Gas Alliance and The World Coal Association.
We’ll be keen to watch this on play out…
You can also check out Hillary Clinton’s plans

The Scientific American
The BBC
The Economist

2. Climate prediction is not an exact science, but we’re getting there...

At least our models are getting there.  Research has shown that accuracy in climate modelling (notoriously difficult).  This has often been cited as a reason for Climate Change inaction.  However, there has long been evidence to the contrary and it’s gettting stronger.
New evidence confirms that discrepancies can not only be partly attributed to the scales on which they are working but to other factors.  For example, observed and predicted global temperatures are often calculated differently; and, time scale over which data are read.

Although Cameron has made commitments to reduce carbon emissions and build a green economy, Osborne’s latest budget would appear to outline otherwise.  A letter signed by environmental and conservation groups bemoans “the contradictions that have emerged between the stated intentions of government and the actions of your [sic] ministers in its first period in office”.
Indeed, it’s quite a list of policy reversals the government has racked up, including: increasing taxes on renewable energy, axing plans for zero carbon homes, shutting down the green deal with no replacement; and, U-turning on banning fracking in Britain’s most important nature sites.

How will all this affect us?  We’re on our way to finding out...

On The Wight
The Guardian
Business Green